The Yoga in Schools Program is carried out in NCD schools to teach school going children how to be healthy, balanced, how to manage emotions and promote mind/body awareness and overall health and fitness. The Yoga is school program is a component of ACDP that is targeted to young people in school.

Yoga has been recommended as a great supplement to current physical activities in schools, because it emphasizes individual abilities instead of competition, which is attractive for children, especially those with physical limitations and lack of involvement in organized sports.

Because Yoga has attracted attention as a mindfulness exercise (Burke, 2010), it enhances one’s self-awareness, breathing, posture, diet, behaviors and has the potential to influence a whole person (physically, mentally, spiritually, and emotionally). The effects of Yoga on children has had great benefits to cardiovascular health, physical functioning and behavior (Gelantino et. al, 2008), and also improved attention and emotional control (Jensen & Kenny, 2004).

Teaching yoga as a part of physical education has been trialed in various parts of the world, proving success. In a city like Port Moresby that is rated as dangerous for women and girls and with school children witnessing crime or having been victims themselves, yoga is greatly beneficial to support trauma healing, build confidence and allow them to have the tools to find peace and manage stresses more effectively.

The Active City Yoga in Schools program has been on going since 2018 mainly at Caritas Technical Secondary school, Sevese Morea Elementary school, Taurama Primary school and Butuka Academy in the nation’s capital. All classes are conducted during their PE periods.

ACDP conducted a six-month evaluation survey at Caritas Technical Secondary School to determine if there was any positive correlation between students who practiced yoga regularly and their physical, social and mental well-being. The study also observed whether there were any positive behavioral changes as a result of the yoga class engagement. The study was done over 6 months involving 250 students from grades 7, 9 and 11. 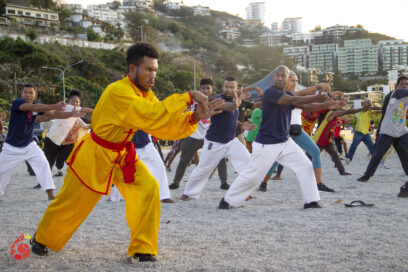 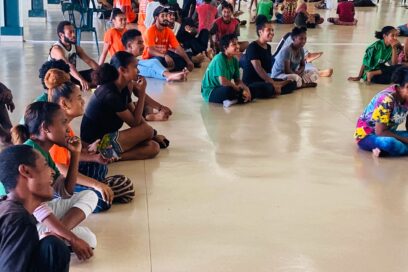