Performers from the Provinces visiting NCD during Independence

The Independence celebrations at NCDC where honored to have performers visiting from other provinces. The Queen of Paradise Children Orchestra from Vanimo and Naomi a Contortionist from West New Britain Province.

People in Port Moresby were amazed when 12-year-old Naomi stepped on stage with her unique contortion talent, being able to bend and twist her body into strange and unnatural positions. She is the first contortionist to be showcased in the nation’s capital.

Her performances were witnessed during the Unity Walk at the launching of the Independence celebrations and during the Amazing Port Moresby Street Festival at Ela Beach including an amazing, breath-taking performance on Independence Day after the remembrance walk honoring the late Grand Chief Sir Michael Thomas Somare.

During her time in Port Moresby Naomi joined Active City class and trained together with the PNG Circus Team which included her as part of their performances. She joined the circus performances being the youngest performing with 12 youths from the circus of acrobats, clowns, tall man, balancers and Jugglers.

The first Orchestra in PNG, ‘Queen of Paradise Orchestra’ made up of 56 youths and children accompanied by conductor Master Jesus travelled from West Sepik Province to Port Moresby to perform on the Independence Day.

The Queen of Paradise Orchestra had a privileged number of performances at the Parliament house, including meeting members of parliament and toured Port Moresby.

The Orchestra’s performance was first of its kind seen in the nation’s capital and was a glimpse into the talents of children and youths between the ages of 10 and 18 years old both males and females from Vanimo.

The Orchestra is a part of a program led by a Religious family of Christians as part of their religious service that involved nurturing, disciplining and teaching local children and youths to read and write music as a social and cultural activity in Vanimo, West Sepik Province. 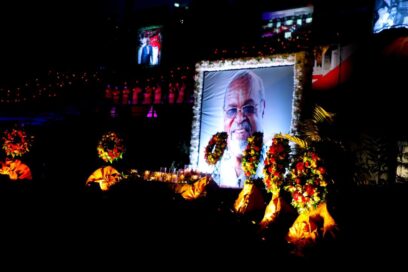 In an evening of national remembrance, more than 500 Candle lights lit up the sky… 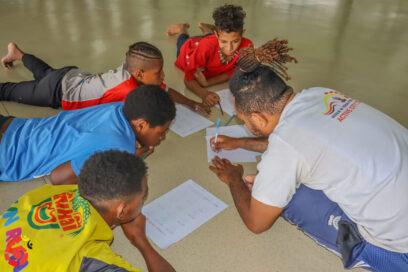 Children learning about their rights

When we stand up for children’s rights we create a better world for all people.…