As the world is still reeling from the effects of Covid-19 on our health and our economy, practicing yoga collectively during International Day of Yoga served as a reminder that our health is of the utmost importance in order to be able to accomplish our daily tasks and be the best version of ourselves that we can be. The theme this year was “Yoga for Humanity” which emphasized the many benefits of yoga. International Day of Yoga also helps to remind us that yoga can be practiced anywhere and at any time and not just on a special day of the year.

To commemorate the International Day of Yoga Port Moresby joined in with the global campaign to host large, yoga gatherings at iconic locations for increased awareness on the benefits of the practice. The location selected was at Ela Beach with Apec Haus set as the iconic backdrop during the morning sunrise. Yoga practitioners from both expat and national communities attended, members from the Indian community in Port Moresby joined the class as well as many others who practice yoga on their own or in smaller circles.

Ms. Fazilah Bazari, Director and Founder of the Active City Development Program guided a meditation practice, taught breathing and relaxation techniques and lead a stretching yoga practice for all of the attendees during the early morning class.

After the early morning yoga at Ela Beach yoga workshops were held at South Side Fitness Center, Koki. The planned activities included a posture workshop, teaching universal values such as honesty, non-violence and non-greed and ended with a relaxation yoga practice.

The workshop attendees experienced yoga in an integrated way that combined yoga theory with dramatic presentations, games and group discussions. The workshops were attended by youths, community residents and yoga practitioners.

In the afternoon, the Pikinini Pilai Program also celebrated the International Day of Yoga through a collective yoga practice, games and yoga-themed art activities.

International Day of Yoga is the annual, global celebration that recognizes the benefits of yoga and encourages people of all walks of life to engage in the practice in order to achieve harmony in both the mind and body. The Active City Development Program, through the International Day of Yoga celebrations helped to make yoga more accessible to city residents for health, wholeness and well-being. 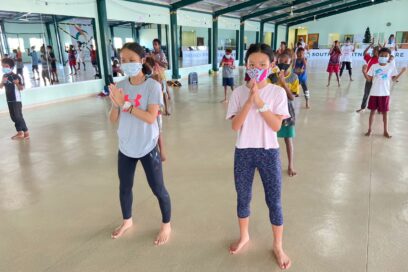 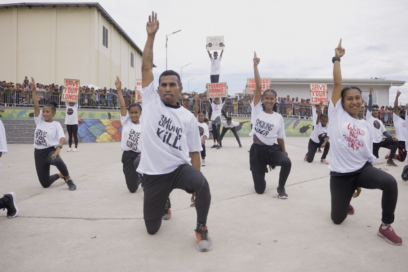 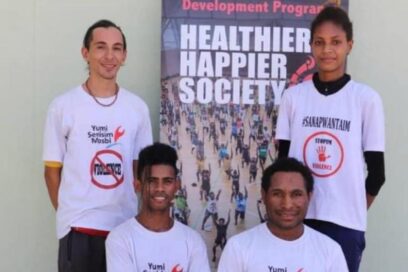