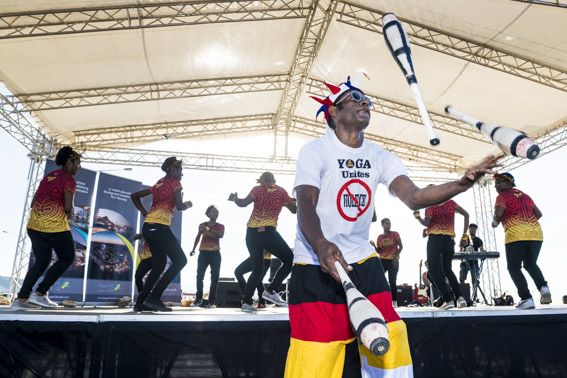 For three years running we have been hosting the Independence Music and Arts Street Festival as part of the independence celebrations in the City, but also as an opportunity for Active City program to promote culture, arts, music, dance, acrobatics and other creative performances in the city streets. The 2018 festival was combined with “Battle of the Bands” competition (another event supported and co-sponsored by ACDP/NCDC) to explore the talents of city residents through live band/music. The goal is to make the Capital City – a City of Culture, Arts and Music, creating opportunities for young people and adding to the recreation and entertainment life of the City.