In an evening of national remembrance, more than 500 Candle lights lit up the sky held high by people, in honor and remembrance of late Grand Chief Sir Michael Thomas Somare.

February 26, marks Grand Chiefs first anniversary of his passing. In his memory the Candlelight Walk for Sana and Candlelight Vigil was held at Sir Hubert Murray Stadium on the announced National event on Monday 28th.

Active City communities walked in PNG colors from Ela beach to the Sir Hubert Murray stadium in solidarity with the entire country, in the city of a 1000 Tribes and 860 languages in silence and reverence holding their candle lights signifying the nation’s respect to the guiding principles and values of our ‘Father of our nation- Papua New Guinea’.

The Royal PNG Constabulary Police Band led the communities in an aligned march into the stadium, to pay their respects for the laying of the wreaths.

A feeling of unity and love filed the atmosphere as attendees, witnessed late Grand Chief’s video  showcasing the history of our country that is shaped by his life.

Dulciana Somare, the daughter of late Grand Chief shared an inspiring heartfelt history of him as a father to her and many. In her speech, she reminded those that gathered and viewers online to share his vision, ‘to make Papua New Guinea a better nation; one country, one people in unity’.

Sir Michael Somare’s vision, dedication and commitment is also an inspiration to the next generation. The event was a reminder of the struggle he went through to make his vision a reality.

The host of the event Governor for NCD Hon. Powes Parkop, said the event was to remember the legacy of our founding father.

“Grand Chief Somare united our people of a thousand tribe, languages and cultures peacefully into independence. These are important values and lessons we must maintain and preserve.”

ACDP is proud to participate in this event and we were proud of our ACDP communities showing reverence, unity in the true words and teachings of the Grand Chief.

The event was live streamed and can be viewed on Loop PNG and PNG SUN, Facebook and YouTube pages. 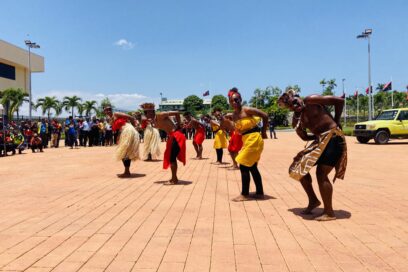 The National Airlines Corporation pre-independence celebration was hyped by ACDP dancers’entertainment. The event was held at… 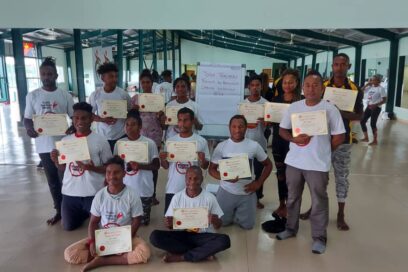 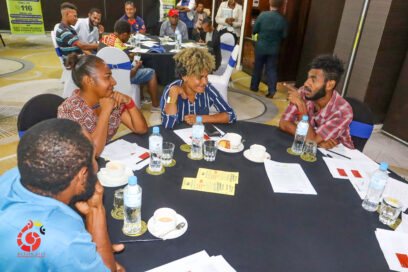